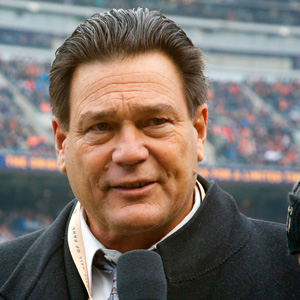 A former NFL player will give the keynote address at the Fenestration and Glazing Industry Alliance's (FGIA) Virtual Summer Conference taking place June 23-25. Dan Hampton, known as "Danimal," will give a speech called, "Importance of Leadership – Adapting to Change." This event, previously intended to be held in Chicago, will be hosted on Zoom for the convenience of participants. Registration for the virtual Summer Conference will open the week of May 4.

In his keynote address, Hampton will reflect on his significant experience playing for the Chicago Bears and illustrate how the team building and leadership skills he learned are valuable to any work environment. Despite enduring 10 knee surgeries during his career, Hampton remained one of the most dedicated players. Topics that will be addressed include adapting to change, the importance of leadership and the value of working together.

* About the Speaker *
Dan "Danimal" Hampton is a retired NFL defensive tackle who played for the Chicago Bears from 1979 to 1990. Over his 12-season career, Hampton earned six first- or second-team All-Pro honors. He was voted Defensive Lineman of the Year in 1984 and was a key defensive member of the Bears' Superbowl XX win in 1986. He retired in 1990 as the second Bear to play in three different decades and was selected to the Pro Football Hall of Fame in 2002.

Hampton currently hosts the Bears' postgame show on WGN Radio in Chicago and speaks at numerous conferences throughout the country.

For more information about FGIA and its activities, visit fgiaonline.org.