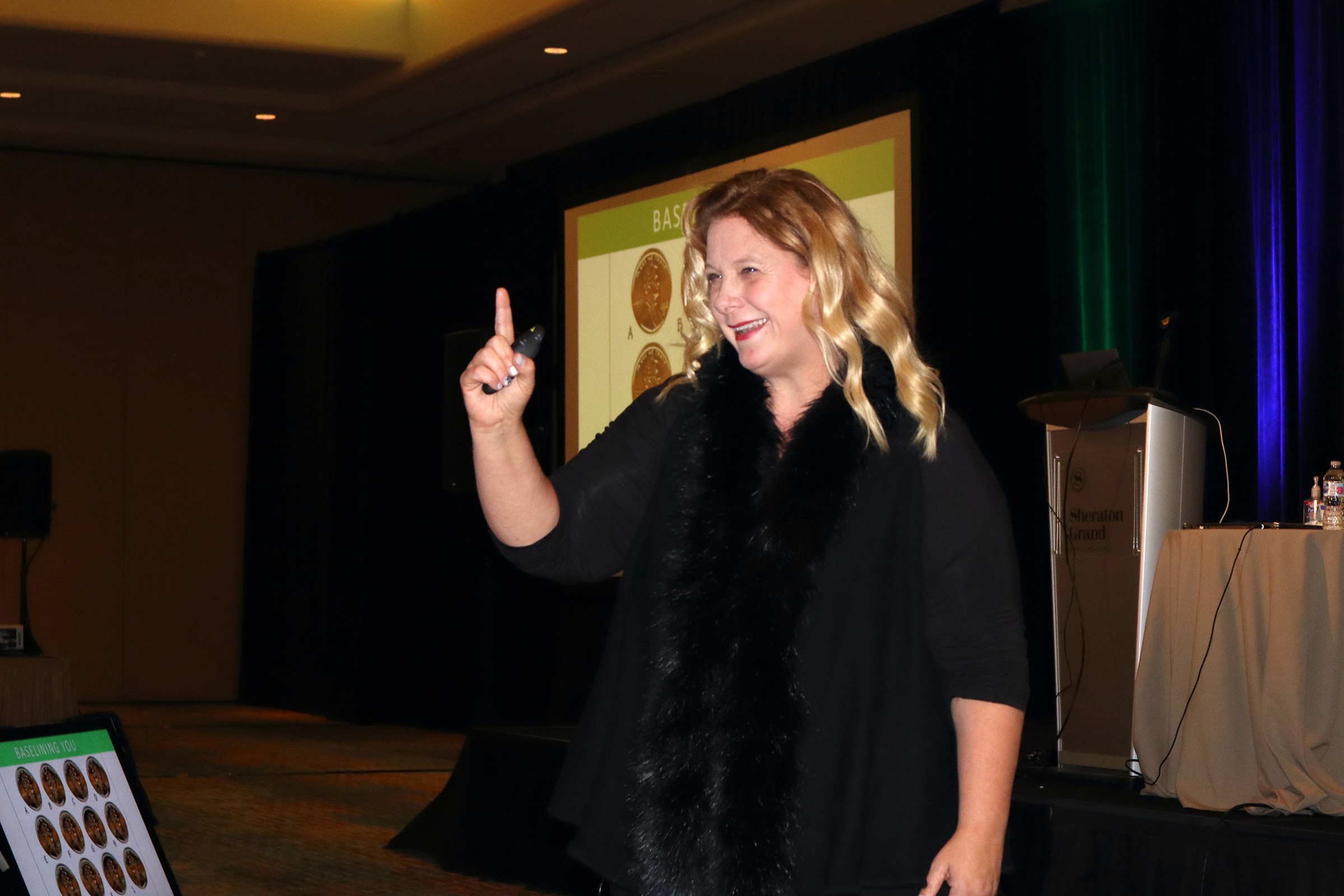 Schaumburg, Illinois – Janine Driver, body language expert and author of several books, served as the keynote speaker during the 2021 Fenestration and Glazing Industry Alliance (FGIA) Hybrid Fall Conference. In her presentation titled, "You Can't Lie to Me: Five-Second Fixes," Driver dispelled common myths about body language and offered more helpful tips and tricks for discerning when an individual is uncomfortable with a subject or is withholding information. She spoke about how these tools can be employed in the workforce and at home, and also about how to mitigate anger in stressful situations.

"You may be using body language cues at are outdated. We will get some updates today," said Driver.

For example, one of the most common myths in body language is how to interpret someone's arms being crossed, Driver said. "Crossed arms are believed to be confrontational or defensive, but it actually connects both sides of our brain, right and left," she said. "It can help us solve a difficult task or problem. It shows someone is thinking. Crossed arms get a bad rap."

Pacifiers
Driver described pacifiers as things individuals do every day that they think nothing of but can clue observers in on where their minds may be. The bigger these gestures appear, the more they reveal, she said. "The higher the pacifier, the higher the stress and anxiety." Some examples included:
• Shrugging: A shoulder shrug gives away uncertainty or the withholding of information. "A shrug shows discomfort," said Driver. "It shows you've hit something that is an uncomfortable subject in some way."
• Steepling: "When we 'steeple' our hands in front of us, we intimidate others," said Driver.
• Elbows out: Seeing someone point their elbows out and place their hands on their head may indicate something shocking has just happened, she said. "It doesn't necessarily mean it was bad, just shocking."
• Face Touching: "When we touch our face, we do a cognitive and emotional reset. It recharges your batteries really quickly, from whatever is taxing your brain," said Driver.
• Lip Pursing: "When we don't like what we see or hear, our lips disappear. That is stress and anxiety happening," Driver explained.

* How to Apply Body Language in the Workplace *
Driver explained that understanding body language can be an excellent tool for navigating office environments and other places of work. Putting in the time and paying attention can be worthwhile. "People give us a lot of data, but we tend to only pick up on three or four things. We are missing details about the human beings around us, but the data is there. Are you interesting or interested? Be interested," said Driver. "Let me talk and be interested in what I am saying instead of just trying to be interesting."

She also pointed out that, while being a force to be reckoned with may have been a common management strategy in the 1980s and 1990s, it is no longer viable. "Intimidation doesn't work today in the workforce. If that's your way, maybe consider letting someone else do the hiring and managing. Kindness is the way now," she said.

* Managing Anger as a Response *
Along the lines of emphasizing kindness in the workforce, Driver suggested some tools for resisting anger as a response in heated situations. "Anger just means someone has a goal, and that goal is being blocked. Or, there is a perception it is being blocked. Anger can be a secondary emotion to something else -- often fear, anxiety or sadness." Driver said it is a common tendency to meet anger with anger, "but what if that person's anger is really sadness or anxiety? This is especially common for men and boys because it's not 'okay' for them to show us sadness."

Instead, Driver suggested recognizing anger for what it likely is, and rather than reciprocating with anger, respond with understanding, empathy and kindness. "Do you want to be right, or do you want to be effective? Climb down the mountain and meet people where they're at. When people feel like they matter and belong, cooperation will be strong. We need to do things differently than we used to, or we are going to miss out on opportunities."

In addition to her keynote address, Driver also led an interactive workshop, called "How to Decode Micro Expressions and Simplify Your Online Meetings to Win Every Time," where conference participants learned how to read facial expressions and movements – even when someone is wearing a mask.