Established in 1990, UW Tacoma provides an 18:1 faculty-student ratio for a total enrollment of 4,629 first-year to graduate students. The 46-acre campus consists of 21 buildings with a total of 627,664 square feet of active space. Much of the space is nestled in converted landmark structures built in the late 1880s through the early 1930s at the western terminus for the transcontinental railroad system. Today, many of these structures are overseen by the Tacoma Landmarks Preservation Commission to ensure renovations meet with the Secretary of the Interior's Standards and Guidelines for Rehabilitation of Historic Buildings. 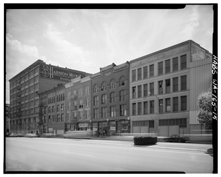 The historic, four-story McDonald Smith building was built in 1892 for E.A. McDonald and F.C. Smith who were in the wholesale hay, grain and feed business that flourished along Pacific Avenue at the end of the 19th and in the early 20th centuries. Like several of its neighbors in Tacoma’s Union Station Historic District, the Younglove Grocery Company later acquired the building for its operations. Most recently, the building had been converted into mixed-use artists’ housing and retail spaces.

In 2006, UW Tacoma purchased the McDonald-Smith property. In 2014, it was one of two remaining landmark buildings on the campus awaiting renovation. As part of an $11 million renovation project, the University modified the existing historic building for additional office and meeting spaces to support the continued campus growth. Connection to the adjacent, renovated Cherry Parkes building integrated the space within the Tacoma campus. 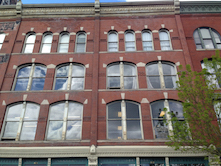 “The renovation of the McDonald-Smith Building [feels] like a natural extension of the University of Washington Tacoma campus; honoring the heritage of the Union Depot historic district by breathing new life into an aging building,” according to UW Tacoma’s Division of Finance & Administration’s Campus Planning & Real Estate unit.

Planning and design for the project was led by Bassetti Architects as guided by the campus’ master plan. The project’s design-build reconstruction team also included M.A. Mortenson. Working closely with Bassetti, Mortenson and Wausau, glazing contractor Mission Glass began its fieldwork in September and completed the historical window replacement in just one month. 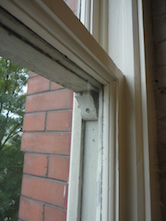 Along with the window replacement, the building renovation included a new mechanical and electrical system, code-required structural upgrades, a new roof, structural openings to tie the building into the neighboring Cherry Parks building, and a renovation of approximately 30,000 square feet on floors 1 through 3 with faculty offices and seminar space.

Bassetti’s associate principal, Jordan Kiel, AIA, LEED® AP, explained, “The single-pane wood windows were original to the building and were in poor shape, especially on the west side of the building. As the building owner, UW Tacoma, wanted something with more modern performance that met the historic requirements, but wasn’t an operable window. The Landmarks Commission was particularly concerned that the profiles of the new window frames matched the historic windows as closely as possible.” 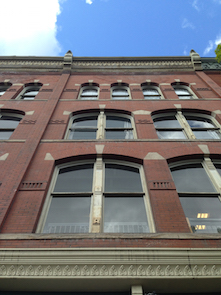 The Landmarks Preservation Commission uses the Union Station Design Guidelines to evaluate the appropriateness of proposed alterations. To meet the guidelines and address the Commission’s concerns, several options were researched. Bassetti, Mortenson and UW Tacoma’s Milt Tremblay, (now retired) director of physical planning and sustainability, and Jeannie Natta, project manager of major capital projects presented their recommendations to the Commission.

Natta elaborated, “This was the first project using extruded aluminum framed windows had been approved by the Commission. In past campus renovations of similar heritage buildings, UW Tacoma used an aluminum-clad wood window. In this case, given the unique arch of the McDonald-Smith windows and that 17 different custom arched window openings exist on the building, the team was challenged to find the best product to use. We pursued approval to use the Wausau aluminum window for the advantages identified.”

Bassetti’s Kiel continued, “Wausau’s simulated double-hung fixed windows were able to meet all of these needs and match the arched openings. They have offset glass planes to give the appearance of historic double-hungs. You wouldn’t know it without studying the building, but each of those arched tops is slightly different, including some very complex curved radius designs. Wausau rose to the occasion.”

Jeff Nickel, Mission Glass’ president, agreed and added, “I am highly impressed with Wausau’s historical windows. Wausau's ability to take a DWG file of the shop drawings and fabricate from those was incredibly valuable considering the custom radiuses on the project. Their product is first rate, and so was the service. Their product was fantastic in terms of quality and lead time.”

Keith Lindberg, Wausau’s regional sales manager, quickly returned the compliment, “If it wasn’t for the help of Mission Glass and Mortenson Construction, we would have not had this great opportunity to display a beautiful product that can present a pleasing historical look inside and outside of the building. The cove profile and black color finish also played a factor in creating the historical look. When we can do windows in these larger sizes, correct profiles and use a finish from Linetec to keep the look, it will impress many along the way.”

Mission Glass’ Nickel also praised, “Wausau had a variety of trims and moldings to match existing conditions and its insulated thermal products offer significant savings in all areas.”


Reconstruction of the McDonald-Smith building at UW Tacoma followed a master plan established for campus in 1997. It has earned nationwide recognition for architectural excellence and historic preservation. The campus received the 1999 Honor Award for Regional and Urban Design from the American Institute of Architects (AIA) and an award from the National Trust for Historic Preservation.
* AIA judges noted that the UW Tacoma campus is the centerpiece of an urban renaissance, combining culture, education and commercial revitalization with a grand program of historic preservation.
* National Trust President Richard Moe (now retired) called the UW Tacoma campus “a model for rehabilitation around the country,” and said “the university's creative re-use of these historic buildings shows how accommodating preservation can be.”

The Sierra Club also recognized UW Tacoma campus in 2005 as one of the nation’s 12 best new developments. The group said the campus is “a bustling addition to Tacoma,” bringing thousands of students, faculty and staff to the neighborhood each week and adding to the growing demand for retail, housing and further development in the area. The Sierra Club noted UW Tacoma’s reuse of existing buildings and partnerships between city, state and community groups have created an accessible, pleasant urban campus.


Nationally recognized for its innovative expertise, Wausau Window and Wall Systems is an industry leader in engineering window and curtainwall systems for commercial and institutional construction applications. For more than 60 years, Wausau has worked closely with architects, building owners and contractors to realize their vision for aesthetic beauty, sustainability and lasting value, while striving to maintain the highest level of customer service, communication and overall satisfaction. Wausau is a part of Apogee Enterprises, Inc., a publicly held, U.S. corporation.