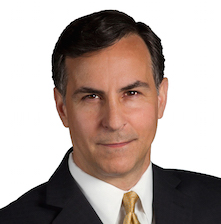 At the American Architectural Manufacturers Association (AAMA) 2018 Summer Conference in Lake Tahoe, California, a global and economics-focused keynote address stated that everything from the North American Free Trade Agreement (NAFTA) and the U.S. relationship with China to automation and the opioid crisis are current economic impactful factors in an uncertain time. John Manzella, speaker and author on global business, risks and strategies, spoke at the event about these economic trends, critical issues and how to prepare for what’s ahead.

Manzella started out by talking about new builds, which he stated are a huge driver of economic growth. “New builds last year were 68 percent of what they were in 2005,” he said. “Even though real estate is doing well, we're still digging ourselves out of the Grand Canyon created in 2008.”

Manzella focused on challenges including the skilled labor shortage, recommending companies invest more in new technologies and training for new employees because retirees take their skills with them when they leave. He also pointed out that industries on the cutting edge are the ones growing, such as cloud storage, energy storage, 3-D printing, artificial intelligence and more.

When it comes to employment, Manzella has noticed a strange trend. “The participation rate for different age groups are the opposite of what they should be,” he said, adding that one in seven men aged 25-54 are long-term unemployed. “The opioid crisis contributes to this. We've got a skills deficit on our hands that's becoming more severe, and it's occurring at every skill level. Virtually every industry is finding it difficult to find qualified workers. And, this is further complicated since large number of candidates can't pass drug tests.”

Manzella asked conference participants what they considered to be more impactful on manufacturing: globalization or automation? “In 1979, there were 19.5 million manufacturing jobs in America. Today, there are 12.5 million,” he observed. “Was it off shoring that caused this? I would argue it's automation, which accounted for more than 85 percent of job losses in manufacturing from 2000 to 2010.”

He added that nearly half of existing jobs will be automated in the next two decades. Still, Manzella said, this should not be feared as much as one may think. “The internet and new digital technologies decimated industries, but in the end, created more jobs than were destroyed,” he said. “This also boosted productivity, a major factor responsible for improving our standard of living.”

Manzella evaluated NAFTA and how it stimulated the development of sophisticated supply chains, advanced the spread of technology, increased the number of product choices and created more well-paying jobs. “By combining our strengths with those of Mexico and Canada, we’ve enhanced North American competitiveness,” he said. “Terminating NAFTA would have severe consequences for all three countries.”

Manzella discussed China’s current and difficult transition from an export and investment driven economy to a consumer driven one and the country’s current conflicts with the U.S. in terms of trade tensions and tariffs. To change China’s behavior, Manzella said, we need allies. “We need Mexico, Canada and the European Union on our side presenting a unified front capable of putting real pressure on China,” he said. “A trade war with China is a risky gamble.”

Manzella noted that, ultimately, tariffs on steel and aluminum likely will hurt the very workers they are intended to help. “When tariffs are implemented, they increase prices,” he said. “In turn, consumers and industry buy less, production goes down and unemployment goes up.”

Manzella concluded that many factors are impacting the U.S. and world economies. Understanding these trends, their impact and how to adapt are key. “High levels of volatility and risk will continue, but America's ‘secret sauce’ of free market capitalism, entrepreneurialism, acceptance of immigrants and a brilliant Constitution will continue to provide strengths to Americans well into the future.”