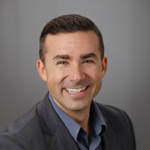 The American Architectural Manufacturers Association (AAMA) hosted speaker Matt Beaudreau from the Center for Generational Kinetics at its 2016 Annual Conference. For those at the conference, he drew a map for selling across generations and offered strategies that can help drive sales. His informational and, at times, humorous presentation, “Selling Across Generations,” was well attended by the audience.

Beaudreau started by asking audience members what their advice to a Millennial who is new to a company would be, and encouraged them to share that wisdom. He also asked them to consider the fact that, on average, Millennials are five years older than others were when they started their first job. Whereas a Baby Boomer may have had a house, a marriage and a child by the age of 27, some Millennials are new to the workforce at that age.

“There are four to five generations working side-by-side in the workplace for the first time,” said Beaudreau. “But generational differences are also an opportunity. You can choose how to look at it.”

He discussed the many differences among generations in terms of relationship to technology, relationships with each other, spending habits and other categories. “In 2017, Millennials will be the first ones to outspend Baby Boomers in the United States,” Beaudreau said. “Millennials have the greatest lifetime value of any customer you can get, period. They also have the least established loyalty.”

He added that Millennials typically want to “shop local” and support family-owned businesses when possible. “If an operation is bigger, that’s fine -- but they will want to know that there is social impact tied to a business in some way.”

He also addressed the common belief that Millennials are often an entitled generation: “You may think Millennials feel entitled, but consider a Boomer on his or her 18th birthday, and then a Millennial on theirs,” he said. “Boomers were kicked out of their parents’ homes at 18 and told to join the army or get a job. Millennials at age 18 are either staying home or coming back home after college.”

Beaudreau explained that this is due to a shift in parenting more than anything else. “Boomers wanted life to be easier for their children than it was for them,” he said. “Well, mission accomplished!”

This shift, Beaudreau added, has led to a new life stage being created: Delayed Adulthood. This new stage allows for the freedom of adulthood, but with less responsibility. However, Beaudreau said he didn’t want Baby Boomers to be discouraged from hiring Millennials at their companies.

“Millennials bring a valuable skill set to the industry,” he said. “Technology, for example, ripples up, not out. Millennials can be relied on to bring newer technologies and ways of getting business done to a company.”

Differences in technology use can be a separate challenge, but for this, Beaudreau offered some suggestions: “Millennials communicate most using three methods: texting; email and social media. Social media is still a must for you. It matters more who you follow than who follows you, but you have to use it.”

In addition, he said, “Millennials generally don’t appreciate phone calls and see them as an invasion of privacy. They are also not as strong with face-to-face communication as other generations.”

Beaudreau also had suggestions for companies to implement in terms of products and marketing: “Since Millennials are often technology-dependent, companies would be well served to think about how easy-to-use they can make a product. Additionally, companies might want to take a look at their websites. Your contact pages on your websites should be as short as possible if you want anyone to reach out.”

In terms of communicating to all generations, Beaudreau recommends, “Being as clear as you can be. Give easy and specific, concrete examples and a visual when explaining information across generations – that can help you get on the same page.”