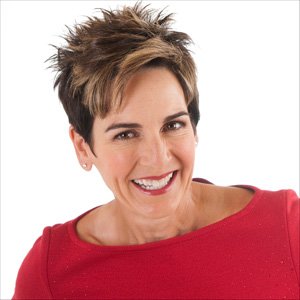 A "generational humorist" discussed how Baby Boomers and Millennials can better work together as the keynote address during the American Architectural Manufacturers Association (AAMA) 2018 Fall Conference. Meagan Johnson, a Gen-Xer, said she has been speaking about how to work with the younger generation since 1998.

Johnson's intent is to help employees think differently and act decisively when dealing with multiple generations. Each generation has been influenced by the major historical events, social trends and cultural phenomena of their time, said Johnson. Consequently, each has different values, standards of quality and attitudes toward each generation they encounter.

"These differences can wreak havoc both personally and professionally, or they can be a source of incredible energy and creativity," said Johnson. "It's important to understand these differences and to have some specific strategies for dealing with them."

Johnson began by having Millennials group together, and everyone else – primarily Baby Boomers – then also teamed up. Each group made a list of frustrations and positives about the other group. After these lists were discussed, Johnson revealed that, for all the criticism Millennials currently receive, the same stereotypes were attributed to Baby Boomers in the late 1960s. The unfair stereotyping goes both ways, she added.

"We give Baby Boomers grief about technology, but I'd bet every Boomer in this room uses technology," said Johnson. "But if you want to pioneer new technology, you need to be able to answer, how will this tech make my job or life easier?"

Johnson said that the Millennials now outnumber Baby Boomers, the generation that was thought to be the biggest possible. As Baby Boomers age, the number of senior citizens in America will double, she said.

Johnson said tensions in the work place stem from the different ways generations have been shaped by cultural events, technology and the economy. However, Johnson shared recommendations for how the two different generations can work together.

For example, Johnson said, Millennials feel comfortable in a collaborative work environment because of the way Baby Boomers raised them, asking for their input. Plus, Johnson said recent college graduates polled feel that working with strong mentors is important, meaning Baby Boomers' guidance is highly valued.

"Millennials want to always be learning something new at work," said Johnson, who recommended having a monthly 15-minute conversation with them about what they are better at now than they were a month before. In those conversations, she suggested asking Millennials what skills they want to hone next and what resources can help them.

"Millennials want to know that there's someone participating in their career development, someone who is invested in it, too," she said.

Johnson graduated from Arizona State University Business School with a B.S. in marketing. After working several years in a sales environment, Johnson became discouraged to hear all the negative comments about Generation X (Generation X is the 50 million people born between 1965 and 1980). As a Gen Xer herself, she felt these comments were of course unfounded. She was further frustrated by the blinders her own managers seemed to have. Johnson began to research everything from small to large corporations to find successful ways to work with the younger generation. From that ZAP THE GAP Solving the Multi-Generational Puzzle was born.

More information about AAMA and its activities can be found via the AAMA website.

AAMA is the source of performance standards, product certification and educational programs for the fenestration industry.(SM)