With the dawn of the new decade, Tubelite Inc. celebrates its diamond anniversary.

For 75 years, glazing contractors have counted on Tubelite's dependable service, fabrication and distribution of architectural aluminum products. Part of Apogee Enterprises, Inc., the company is an industry leader in eco-efficient storefront, curtainwall and entrance systems, and recognized for its fast, reliable and consistent delivery. 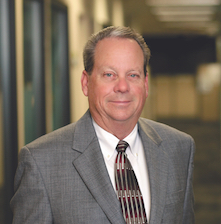 "We're proud to be known as one of the industry's premier architectural aluminum manufacturers specializing in pre-engineered aluminum framing systems," said Steve Green, Tubelite's president. "Each of our products is manufactured to meet the project's aesthetic, performance and environmental goals. They also are manufactured for easy fabrication and installation to meet timeline and budget constraints."

Tubelite was founded in 1945 by James T. Miller. The name "Tubelite" was coined to represent the tubes of aluminum and lites of glass. After five successful years working from a 50-by-60-feet alley-front building, Miller moved the company's operations to a new, small building in Reed City, Michigan. The building has been added to more than 20 times since 1949, and continues to serve as Tubelite's aluminum extrusion operation.

Tubelite's products and expertise have contributed to thousands of building projects across the United States. A few notable examples through the decades include:

1990s NCAA Hall of Champions in Indianapolis; Crown Cork & Seal near Philadelphia; The Colonnade in Memphis; Core Center in Chicago

Today, Tubelite and its staff continue to share its years of knowledge and experience as members of the American Institute of Architects (AIA), the Construction Specifications Institute (CSI), the Fenestration and Glazing Industry Alliance (FGIA), the National Glass Association/Glass Association of North America (NGA/GANA), the National Fenestration Rating Council (NFRC), the Society of Military Engineers (SAME) and the U.S. Green Building Council (USGBC).